Italy – Serie B: Cesena vs Cagliari 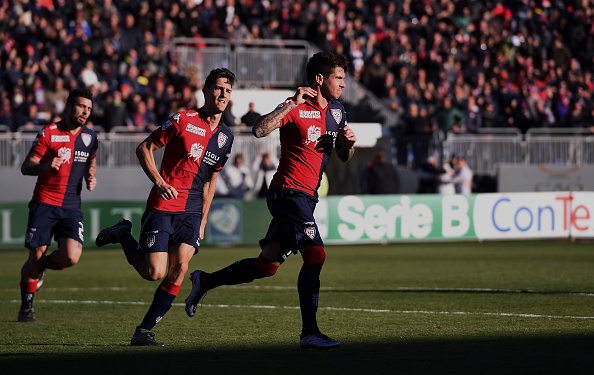 CAGLIARI, ITALY – FEBRUARY 20: Diego Farias of Cagliari celebrates after scoring the equalizing goal during the Serie B match between Cagliari Calcio and Pescara Calcio at Stadio Sant’Elia on February 20, 2016 in Cagliari, Italy. (Photo by Tullio M. Puglia/Getty Images)

Cesena relegated from Serie A last season and their main goal this season is to get back in the best Italian football league. They are standing at the 4th position, which leads in play-off, but they will try to reach one of the first two positions. It will be very hard for them because the second team on the table, Crotone, have 13 points more. There are many matches left until the end of the season, but Cesena should fight in play-off for the place which leads in Serie A. Home side are unebaten in the last 5 matches, but in the last three games they have managed to win only once (1-2-0). Big blow them is absence of few very important players. More about in the section “injuries and suspensions“.

Cagliari stand at the top of the table and they are the main favorite to win the Serie B and promote directly in Serie A. They have 5 points more than second Crotone and 13 points more than 3rd Pescara, so they are on a good way to get back in the Serie A. Visitors are in the great form with 8 wins of their last 9 matches and without any doubt they are favorites to win this game. Cagliari beat Cesena in the first half of the season 3-1. Actually, they beat them in the last 4 matches.

Cesena vs Cagliari injuries and suspensions

Both teams have problems with absences, but it looks that home side will miss more important players. Visitors are in the better position and I believe that they can take at least one point against Cesena.