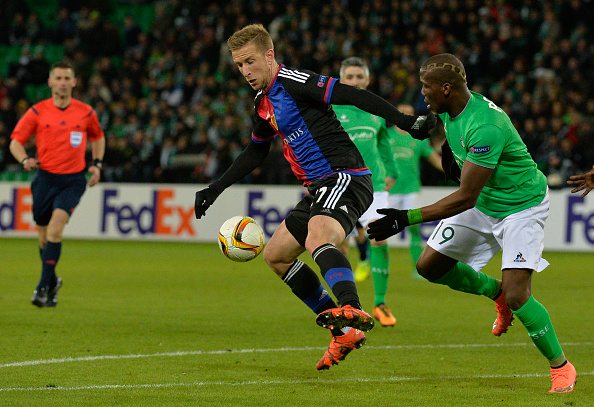 Basel lost in the first leg 3-2 in France and they have to win this game in order to qualify in the 1/8 finals. They didn’t start well the first leg and Saint-Etienne made an advantage of 2-0. Basel got back in the game, but at the end they conceded 3rd goal and lost that game. Three days ago they smashed Vaduz 5-1 and the atmosphere in squad is great. Basel like to play very attacking football, they scored many goals, but on the other side their defence is not at the high level. Despite that fact they are favorites to win this game, but visitors have the same ambitions.

St Etienne started very good in the first leg, but at the end they were happy because of minimal advantage. Their main goal is to stay unbeaten on this game and qualified in the next round, so I believe that they will start this game defensive and looking for their chance from the counter-attacks. Visitors are playing very good and they are in the great form. In the last 10 matches in all competitions they lost only once and it was a defeat against PSG, the best French football team. Saint-Etienne have very good attack and they are scored on every match in the recent period. In the last 13 matches in all competitions they failed to score in only one game and it was the same match in which they are beaten, against PSG 0-2.

Basel are favorites to win this game, but I can’t underestimate visitors who play very good this season. I expect another interesting and open match between Basel vs St Etienne and at least three goals