It would be an understatement to say that Real Madrid’s performances this season haven’t been very well. Last weekend, they lost 3:0 to Eibar and are now looking to bounce back with a good performance against Roma in the Champions League. But, that won’t be an easy task, knowing that Roma are great when playing at the Olimpico. So, what to expect from the As Roma vs Real Madrid game? Maybe you’ll find the answer in our AS Roma vs Real Madrid prediction and betting tips! 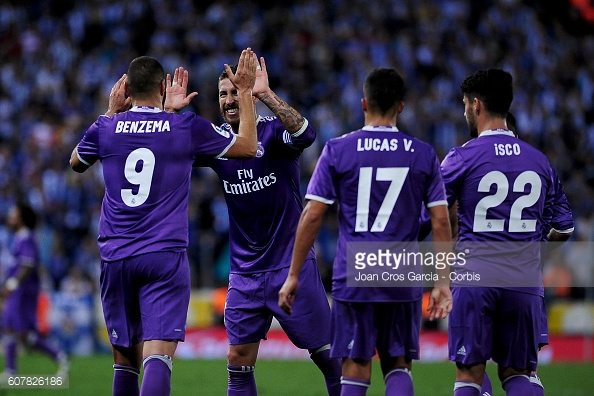 Although they’re not too great in Serie A, Roma still have plenty of time to get to a better position. They are on the 7th place, but their city rivals Lazio, who are on the 4th spot, have only 4 points more. So, Roma’s chances of getting among top 4 (and booking a spot in the Champions League next season) are pretty high.

But, who knows, maybe they get themselves a place in the elite Euro competition by winning it this season? Considering how well they’ve been playing so far, such a possibility is not too far-fetched. Speaking of their Champions League performances, AS Roma have won 3 out of 4 games total. And the one they didn’t win was the match against Real Madrid played at Santiago Bernabeu, which the Spanish team won comfortably 3:0.

And because of that defeat, the team from the Italian capital is looking for a revenge. With the support of their fans they seem capable of doing smothering similar to what they did against Barca last season. Another reason why the chances of Roma seem pretty good is that their home form has been spectacular. They won both Champions League matches at their turf, with the total goal difference of 8:0.

Unfortunately for them, several of their key men are either injured or struggling with fitness. Some of those guys include De Rossi, Pellegrini, Manolas, and so on.

Lopetegui got sacked immediately after his team got thrashed by their biggest rival Barcelona by 5:1. And since that game, Los Blancos are managed by Santiago Solari, who previously coached Real’s backup team. It’s needless to say that he’s not the best manager on the planet, but Real Madrid will have to follow his orders until a new manager is brought to the club. Right now, it seems unclear who and when is gonna take the managerial post.

Still, even though he has no experience at such a high level, Solari did pretty well. With him in charge, Real Madrid won 4 games in a row, before losing heavily to Eibar last Saturday. The defeat has probably ruined their confidence, but even with a shaken morale, they look capable of getting a good result in Italy. The thing is that they still do have some really amazing players in the team.

AS Roma vs Real Madrid Prediction

Considering that Roma have serious problems with injuries, they can’t be considered favorites for winning this game. But, I’m not so sure whether Real Madrid can actually beat them in Rome. Therefore, a draw seems like the most probable outcome in this match.