The prediction of Villareal and Valencia comes before the match of the  5th round of the La Liga. This game will be played on October 18th, at de la Ceramica, Spain. In this match overview, we bring you betting tips and accurate predictions of results based on the analysis of these two sides. 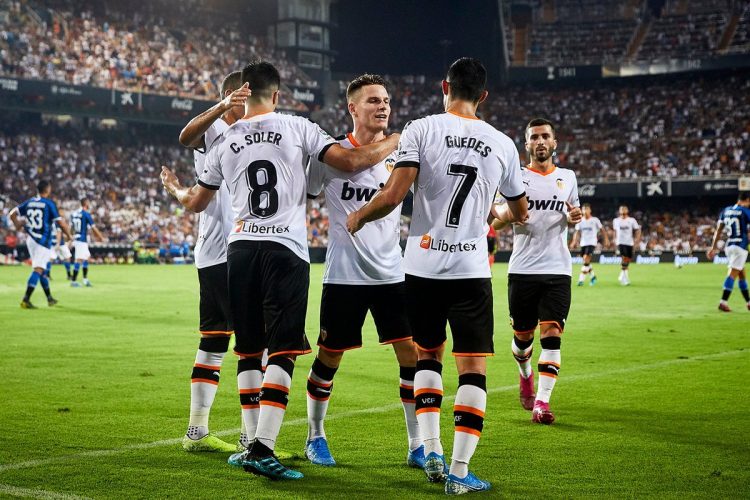 The Yellow Submarine held Atletico Madrid in a 0-0 draw in their previous league match played on October 3rd. As a result, Villarreal is now unbeaten in their last two games in the league, having registered one victory and one draw. They are also undefeated in their previous four home matches in the competition, having recorded one draw and three wins. Raul Albiol, with his experience, helps young players a lot and is a real team leader, all praise for this man. Midfielder Moi Gomez has found the right role in the team, he is moving great, and many say that he is a new Santi Cazorla, who is a legend of the Yellow submarine. Gerard Moreno plays excellently, he is fast in the one-on-one game, and he is unstoppable. Paco Alcacer is a great striker who scored two goals against Alaves and one against Eibar, and they expect a lot from him this season.

Meanwhile, Valencia suffered a 2-0 defeat to Real Betis at home in their last league match, which was played before the international break. Prior to the clash with Betis, the Bats were undefeated in two games in the league, having registered one draw and one victory. Valencia snapped their 12-match winless run on the road in La Liga when they defeated Real Sociedad in their last away match. Javi Garcia, the Valencia manager, has asked for patience as he believes that the team will improve gradually. Goncalo Guedes is a great player, he creates a lot of problems for his opponents, and the greatest virtue of this guy is speed. PSG easily gave up this guy who is the future of Portuguese football. Midfielder Uros Racic has found the right role in the team, he is moving great, and it isn’t easy to take the ball away from this guy. Mikel Merino has excellent control of the ball, and he can play in several positions. Maximiliano Gomez is the best player on the team, last season he scored ten goals, and he is doing great in the penalty area.

Villareal is the favorite in this match, they are currently in better shape, and the Yellow Submarine won the last duel 2: 0 last season.

A large number of goals is not expected, as both sides are playing disciplined football. We don’t believe there will be more than two goals in total.