Paris SG vs Lille prediction comes before the 27th round of the French Ligue 1. This match will be played on Saturday, February 29, at the Parc des Princes in Paris, France. In this match preview, you will find the best betting tips and correct score predictions based on a deep analysis of these two sides. 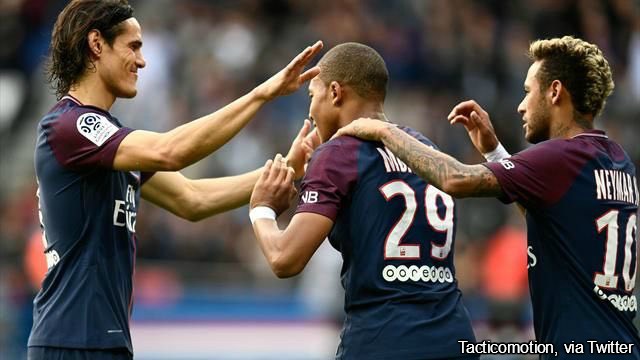 Paris SG plays Borussia Dortmund in less than two weeks. And in that game, they need to go for a win, considering that they lost the first leg. The Champions League is their no.1 priority, considering that they haven’t been too successful in this competition. They want to win that trophy more than anything else. And that’s why their focus might already be on that match.

The defeat to Dortmund has sparked some controversy in Paris SG. Reportedly, their biggest star player Neymar is angry with the manager Tuchel, blaming him for the defeat. Another problem with Paris SG is that they have some problems with injuries, particularly at the back.

Still, they are much, much better than Dijon and should have no problems beating them. This goes double for the fact that they’re playing at home. On their turf, they have won 11 out of 13 Ligue 1 games this season. And in their previous three home matches in the league, they scored a total of 13 goals.

Paris SG is playing against Dijon, a team that’s very close to the relegation zone. With 27 points, they’re just one place above the danger zone. Still, there is plenty of time left for this team to improve their table position, even if they lose on Saturday. And that seems very likely to happen.

Actually, the only question ahead of this game is how many goals are we going to see at Parc des Princes? Paris SG have been in a goal-scoring mood lately, at least in the Ligue 1. However, the atmosphere in this team’s locker-room might not be ideal and their players might not be too motivated to give their utmost against Dijon.

Still, even if they don’t play in 5th gear, they certainly have what it takes to score at least a couple of goals. Dijon, on the other hand, is one of the worst teams in the league when scoring is concerned, which is why they don’t look capable of finding Paris SG’s net.

There are several injured players in this team, particularly in the defense line. Furthermore, their boss might decide to give some of the key players some rest in this game in order to keep them fit for the Champions League clash with Dortmund. Still, that doesn’t mean the B-team of Paris SG can’t beat Dijon. On the contrary!

Dijon is very low in the table, but this team’s form hasn’t been that bad. In fact, they lost only 1 game out of their previous 5. Still, the player quality is on the side of Paris SG, so they don’t have any reason to hope for a good result on Saturday.