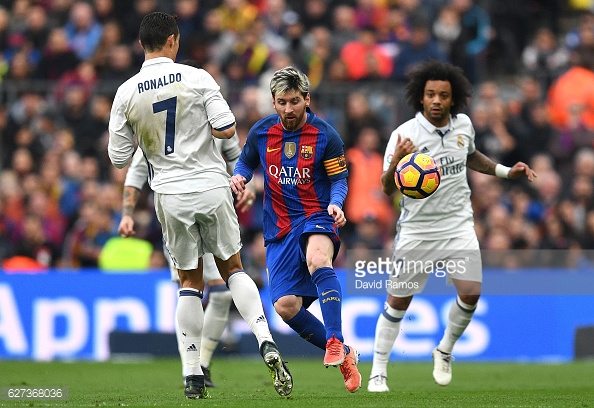 FC Barcelona stand at the second position in LaLiga with only one points less than Real Madrid. True, leader on the table have one match less, but there are many matches left until the end of the season, so the title race will be more than interesting. In the previous round FC Barcelona beat Atletico Madrid 1-2 at Vicente Calderón with the late Leo Messi‘s goal, so home side will be fully motivated to continue with the good performance and take another three points against Gijon. Luis Enrique’s men weren’t impressive against Atletico and maybe they didn’t deserve all three points, but they have managed to win that game. Against Gijon they have to play serious and give their best at hit the net as soon as possible. Ten days ago they underestimated Leganes, but despite the poor performance Barca won that game in the 90 minute. Their primary goal will be the score at the beginning of the game and play relaxing until the end. In the first part of the season they smashed Gijon 0-5 away, while in previous season the match between FC Barcelona vs Gijon at Camp Nou was finished with 6-0 victory.

Gijon have managed to avoid the relegation last season and their main goal for this season is to finish in the safe zone. In this moment they are standing in the relegation zone, but they know that will be hard to get back home with point in their pocket, so they will try to concede less goals and not to be humiliated. Their attack is not such as bad because they scored at least one goal in their last five LaLiga games. It will be hard for them to hit the net against Barca, but they will be proud if they score. On the other side, visitors have very poor defence, so this match could the nightmare for them. In the last 4 league matches against Barcelona they conceded 17 goals. They lost 10 of their last 11 matches against Barca, so every other result, except home win, would be a big surprise.

Home side miss Mathieu and Vidal, while Mascherano and Turan are both doubtful. On the other side, visitors will be without suspended defender Mere and injured Ndi, while Babin is doubtful.

Home side is a huge favorite and everyone expect their easy win. Odd for home win is miserably low, but I expect interesting match between FC Barcelona vs Gijon and many goals.