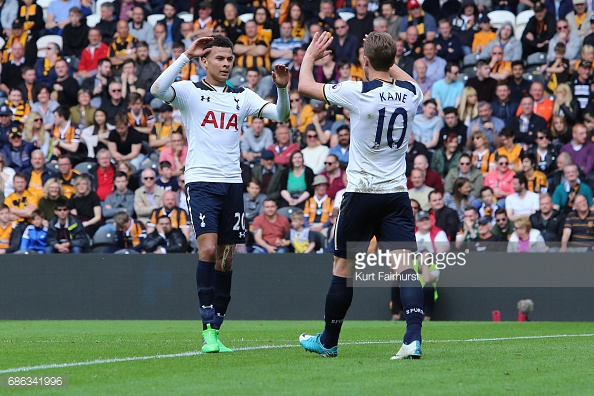 The Eagles head into the weekend clashes just one point outside the relegation zone. After 27 games ahead of this Crystal Palace vs Tottenham Hotspur fixture, the Eagles are 15th in the Premier League table (27 pts, W6, D9, L12). With the relegation fight this season showing signs of going down the wire, the hosts would be eager to pick up some points in this fixture. Their form has been stuttering, though, having gone winless in the four games (D2, L2) leading up to this match. Their home form is a little comforting, though, having picked up just one loss in their last ten fixtures (D5, W4). Will that translate into points against a tight team like Tottenham?

Tottenham are in a good space, having improved their form since the 4-1 thrashing at the hands of Manchester City in December 2017. Since that game, coming into this Crystal Palace vs Tottenham Hotspur game, the visitors have gone unbeaten in 14 games (W8, D6) in all competitions. Their league form is impressive as well, as Spurs are unbeaten in nine games (W6, D3). That puts them fifth in the table, ahead of the weekend clashes, after 27 games (52 pts, W15, D7, L5). They stand on the cusp of Champions League qualification places as they remain just two points behind Liverpool in third position. However, with the schedule playing havoc with the players, there is a concern that fatigue could set in. Does that put them under threat for the visit to Palace?

Spurs have a very good record against Palace having won five of their last six meetings against them. The last three have been by 1-0 margins and Spurs have won on three of their last four visits to the Selhurst Park.

Roy Hodgson will continue to miss a number of players, including Wilfried Zaha and is waiting on the fitness of Martin Kelly and Mamadou Sakho for this game.

Mauricio Pochettino is devoid of major injury concerns as his only worry is the fitness of Toby Alderweireld.

The Spurs forward is in cracking form and has found the back of the net in eight of his last nine games for the club in all competitions. There will be goals in both nets in this game and that is another betting tip that we are closely monitoring. Coming to the winner, it is tough to see beyond a Tottenham win, no matter how good the hosts have been in recent times, so probably one of the scorers could be their best player Harry Kane.