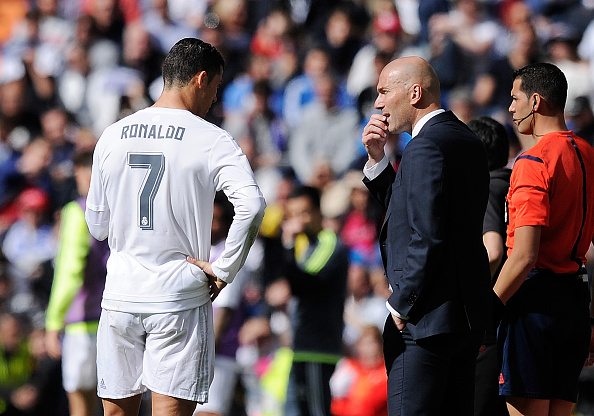 Real Madrid lost in the first leg of the Quarter-finals against Wolfsburg 2-0 and they are under pressure to win this game and it’s questionable are they capable to go through in the Semi-finals of Champions League. The first thing that they have to do is to secure their net. If Real Madrid concede a goal it would be very difficult for them to get back in the game. Their coach Zinédine Zidane thinks that they have to patient and waiting for their chance. “We have to score, but we have 90 minutes to do so. We need to be patient.” – said Zidane. Their best player Cristiano Ronaldo is optimistic and he believes that his team can reach the Semi-finals. “Tuesday will be perfect, it’ll be a magical night; with your help the players will give the maximum on the pitch and we will go through to the next round. ‘Hala Madrid!’”. – said Ronaldo in AS. Home side play fantastic this season upfront their supporters and they showed that in the last La Liga match when they smashed Eibar 4-0.

Wolfsburg made fantastic result in the first leg when they beat Real Madrid 2-0. Without any doubt it was the most surprising result in the Quarter-finals of Champions League, but Wolfsburg played very good on that match and they deserved it. Visitors don’t play impressive in Bundesliga and few rounds until the end of the season they are standing at the 8th position with small chances to reach the place which leads in some European competition next season. Wolfsburg are the typical home side and the most of points they took at home field. Their away performance is very poor and one of the worst in German league. They took only one point against Mainz 1-1 in the last Bundesliga, but they rested many players and they played on that match with mixed squad. Their coach Dieter Hecking knows it will be hard for them at Santiago Bernabeu, but they have active and positive result and hope that they can make another good result. “We surprised them in the first leg but this time it will be more difficult. Madrid will try to score as soon as possible. Maybe Zidane will surprise me this time.” – said Hecking, according to UEFA official website.

Good news for home side is that they don’t have injury concerns and will have full squad available. On the other side, visitors will be without Jung, while Caligiuri is doubtful.

Home team have no time to waste and they will have to attack from the first minute and score as soon as possible. On the other side, visitors will play defensively for sure and try to score from the counter-attack. I expect an interesting and open match between Real Madrid vs Wolfsburg and many goals in both nets.